Posted on 2012/07/02
Okay, I’ve got that I’ve GOT to post this, now. I’m just emoticon-ing with <33333 vibrations after seeing this. And especially I get that we might not refer to all this “events” business as “mass arrests”, but rather, “Mass containments and removals”.

So here it is, from Steve. Quick, no links, just… well, here it is.

OK, we’ve finished the pre-record of An Hour with an Angel and it’s historic.

What I’m going to try to do here is to give you as much detail as I can remember; then I will go back into the recording and draw out some additional details. I’m speaking from memory and it won’t be as satisfactory as quoting AAM so I ask you not to take my own recall as a true and accurate version of what he said, but as breaking news.

Geoff West will offer a special edition of Cosmic Vision News after An Hour with an Angel and give a wrap-up of this incredible day’s news. Both shows can be heard here, starting 5:00 p.m. Pacific time today:

First of all the events which we’ve referred to as the “mass arrests” are underway and started last Monday, June 25, 2012.

Archangel Michael (1) prefers not to refer to them as “mass arrests,” because that wording is not of love, but as “containments” and “removals” so we’ll change our vocabulary starting now.

The containments take several forms. The leading Illuminati are actually being placed in energetic containers that prevent them from doing any harmful actions. They can do benevolent actions, but not anything else. Eventually they’ll be removed, either to a place of trial or else to another placement.

The containments take in negative heads of state, financial leaders, and military brass. No, as we’ve been saying for as long as I can remember, President Obama is not a negative leader but an esteemed lightworker and will at some point be announcing moves towards world peace.

People who continue to buy into the characterizations of President Obama as a darkworker should stop. They are mistaken. Indeed the President will be an integral part of all that is to come, right up to leading his nation into the Golden Age.

Yes, what Cobra calls “Stardust” could be used. AAM called it “Jophi” dust (after Archangel Jophiel) and Tralana dust (after a planet that I’m not familiar with). But there is no need to use it because the energy containers suffice. The dark figures will not be permitted to exit these containers until they have completely reformed their characters.

He suggested that we watch people we regard as top Illuminati figures if we want to see what they look like under restraint.

Eventually “containment” will lead to “removals.”

The new financial changes, he said, are already underway.

He cautioned us to be simply passive but alert observers, and not to take any kind of retributive action.

In regards to rumors, there will be no pole shift or three days of darkness, no matter who is saying so to the contrary. There may be a minor amount of flooding, but there will not be any significant seismic activity followed by coastal flooding. There will be no need to remove significant sections of Earth’s population to Inner Earth or the ships. He was very emphatic about these statements, repeating one of them three times.

He said that there are no Archons around the Earth and any clones of theirs that existed were neutralized many years ago. Micah’s message is simply not credible.

He said that there have not been negative aliens around the Earth for ten years.

He congratulated us on our restraint and perseverence. He predicted new technology being given to us at an early date. The financial changes being underway will see an equitable distribution of resources and money. He didn’t give a date for when the system would become publicly visible. Neither Linda nor I want to traffic in dates and he recognized Linda’s resistance to him stating a date. But it’s coming.
Footnotes

(1) To those who believe that I’m not speaking with Archangel Michael, I got it. But just understand that I believe I am. To those who think that talk of “energetic containers” and such is fantasy, I can’t help you. Time will demonstrate whether they’re real or not. But perhaps suspend disbelief for the moment or you won’t be able to participate in this most significant of unfoldments as far as these discussions represent “participation.”

Return of the Goddess Mass Meditation on June 5, 2012

Portal 2012: RETURN OF THE GODDESS
6-5-2012
After the great success of World Liberation Day and even greater success of Reboot of the Grid, our efforts for planetary liberation continue. This time, we will meet in groups large and small, as individuals and couples, at the exact time of the Venus transit on June 5th. Masses will gather and visualize the arrival of the Goddess energy so that for the first time in 5000 years we will have the chance to co-create our own spiritual destiny in harmony and replace the outdated society of war and conflict with a more advanced one of spiritual understanding. We need to have 144,000 people doing this visualization with focus to achieve the desired effect.
On June 5th/6th there will be a Venus transit, a rare cosmic event when planet Venus passes in front of the solar disk. This Venus transit will mark a completion of the 8 year cycle of the Return of the Goddess which started with a previous Venus transit in 2004. Goddess energy is a pure feminine essence of Love that will help us easing the planetary liberation process. Both masculine energies of action and feminine energies of receptivity are needed to complete this process successfully. Removal of all dark entities will be a direct consequence of a newly achieved balance of female and male energies on this planet.
We will all be doing this visualization at the same time, the moment of the Venus transit, which comes this June 5th /6st. Exact times for different time zones are:
3:30 pm HAST June5th (Hawaii)
5:30 pm AKDT June5th (Alaska)
6:30 pm PDT June5th (Los Angeles)
7:30 pm MDT June5th (Denver)
8:30 pm CDT June5th (Houston)
9.30 pm EDT June5th (New York)
10:30 pm BRT June5th (Rio de Janeiro)
2:30 am BST June6th (London)
3:30 am CEST June6th (Paris)
3:30 am SAST June6th (South Africa)
4:30 am EEST June6th (Bulgaria)
5:30 am MSK June6th (Moscow)
7:00 am IST June6th (India)
9:30 am CST June6th (Beijing)
10:30 am JST June6th (Tokyo)
11:30 am AEST June6th (Sydney)
If your place is not listed, you can find the exact transit center time for your location:
http://transitofvenus.nl/wp/where-when/local-transit-times/
Instructions:
1.  Relax your mind and body by watching your breath for a few minutes.
2. Visualize a pillar of electric blue Light emanating from the Galactic Central Sun, going through your body to the center of the Earth. Keep this pillar of Light active for a few minutes. Then visualize a loving feminine presence in the shape of a beautiful Goddess descending from the sky and entering your physical body. If you are female, this presence will harmonize your inner woman and make you more loving. If you are male, this presence will make you more balanced in your actions. Stay united with that presence for a while.
3. Visualize bright new spiritual future for humanity, with men and women in perfect understanding, with our society growing beyond need for wars and conflicts as all dark entities, physical and non-physical, are removed from our planet. Visualize all wounds of humanity being healed, all humanity being inspired and guided with everybody having their own connection with their own Soul and the Source in perfect balance of their inner male and female aspects.
Please do this visualization as instructed and do not change it as otherwise it will not have the desired effect.
More information about the Venus transit:
http://www.transitofvenus.org/
About the Goddess energy:
http://www.spiralgoddess.com/
Updates about Return of the Goddess:
http://2012portal.blogspot.com/

I came across this most unique charter and found it encompassed all that we want and are headed for, abundance and freedom.

Now that you have been introduced to this new idea for how society could be, here is a step we could all take together if we want this sooner than later.  An idea has been proposed that is asking us together in mass to stop paying our credit card bills and other bank bills for the month of June.  If we can do this in mass for the month of June, then by July we would be able to put this charter or something like this charter into effect.  What’s the worse thing that could happen if we were to do this?  We would have to pay fines and fees but wouldn’t it be worth the risk to see what would happen?  We hold the power.  We are the ones we have been waiting for.

This is the blog that is proposing we take this action
http://freerspirit.com/2012/05/26/pleiadian-message-from-peter-shut-them-down/

Pleiadian Message from Peter: Shut them down.

Yes, boycotting the system. It reminds me of a wonderful french movie called The Green Beautiful. If you haven’t seen, it I highly recommend it.

We can do this. It will take us all coming together and acting at the sametime. We have done it before in the recent meditations. I know we can do it again and even bigger group of us.

What’s the best thing that can happen? Our complete freedom from fear and debt slavery.

Pleiadian Message from Peter: Shut them down.. 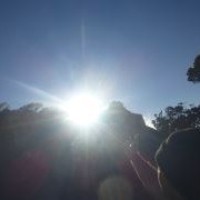